Surgical Options for Stomach Cancer & Treatments for Perforations of the Stomach Wall.

If you require a partial gastrectomy, make an appointment with the expert team at Alabama Surgical Associates in Huntsville. Our board certified surgeon is highly skilled in gastrectomy, the surgical removal of all or part of the stomach. The procedure is typically performed on patients who have stomach cancer, and may also be indicated for a bleeding gastric ulcer, a hole in the stomach wall, and noncancerous polyps. 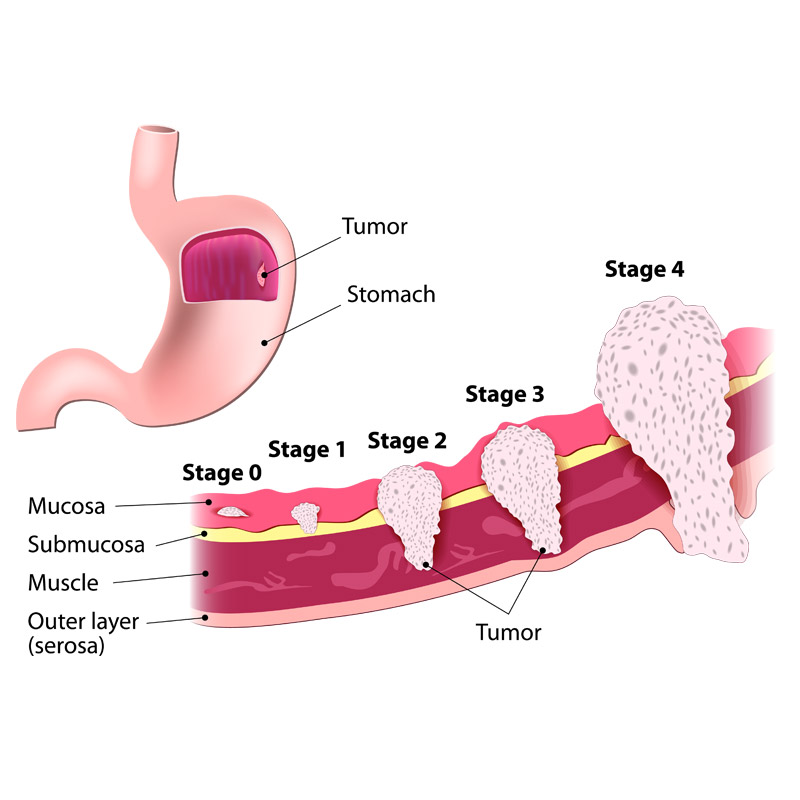 Procedure for Full and Partial Gastrectomies

The patient is given general anesthesia so they don’t experience pain and have no awareness during the operation. Once the anesthesia has taken effect, a urinary catheter is usually inserted to monitor urine output. A nasogastric tube (i.e., a thin tube from the nose down into the stomach) is also put in. The abdomen is then cleansed with an antiseptic solution.

In both a full and partial gastrectomy, the abdomen is sutured. The nasogastric tube remains in place and is removed during the postoperative period. Surgery generally takes between 1 and 3 hours, depending on the diagnosis and the extent of the disease.

Prior to surgery, patients undergo preoperative testing, which may include x-rays, CT scans, ultrasonography, blood tests, urinalysis, and an EKG.

Medications that thin the blood, such as aspirin, are discontinued several days prior to the operation. Other drugs, such as insulin for diabetes, may be withheld the day of surgery. As soon as the decision to undergo surgery is made, medication usage should be discussed with the physician.

Before undergoing surgery, patients must abstain from solid food and liquid after midnight on the evening before the operation. Upon arrival at the hospital (usually the day before surgery), patients must sign an informed consent form acknowledging that the procedure and risks have been explained and that they are aware that they will receive anesthesia and possibly other medications.

The anesthesiologist speaks to the patient prior to surgery and performs a brief physical assessment. This is to determine the choice and dosage of anesthesia and whether special precautions need to be taken. Patients will be given an intravenous (IV) sedation before entering the operating room.

You can trust your Partial Gastrectomy to the skilled, board-certified surgeon at Alabama Surgical Associates (ASA) in Huntsville, AL. For more information about your partial gastrectomy surgery, please click here to contact our office or call us at (256)-880-1977.